Seb Toussaint is a British/French artist born in Caen, Normandy. After cycling around the world, he launched an on-going art mission in 2013 called “Share The Word Project”. The project takes place in slums and refugee camps where Seb Toussaint paints words that people choose, directly on their houses. His aim is to bring the focus on marginalised populations through their own words.

His experiences living and working with communities in Iraq, Venezuela, Uganda, Niger, India, Ethiopia and so many other places, feed his imagination and inspire his studio work. Many of his paintings include words that have been give to him by the people he met on “Share The Word Project”. 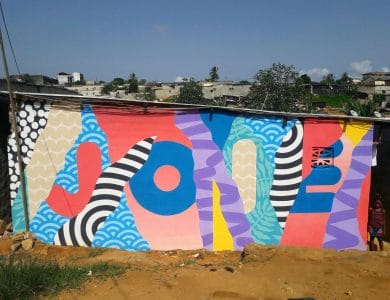 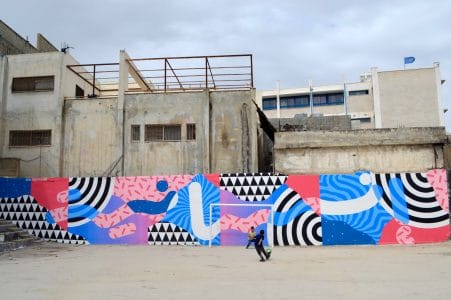 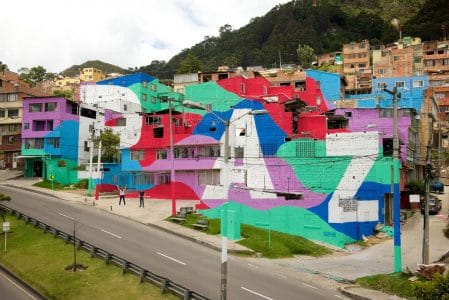 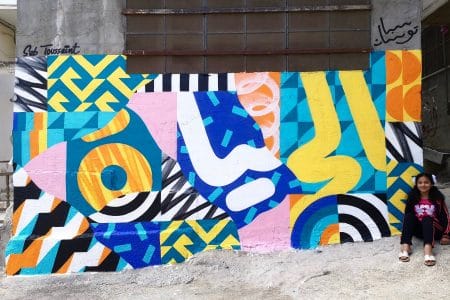 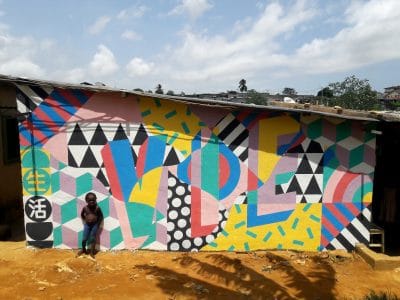 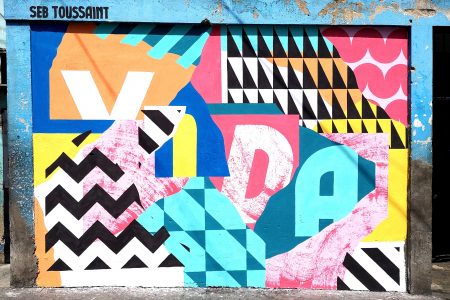 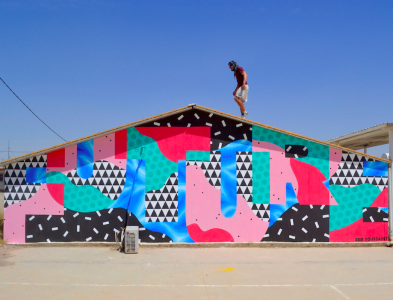 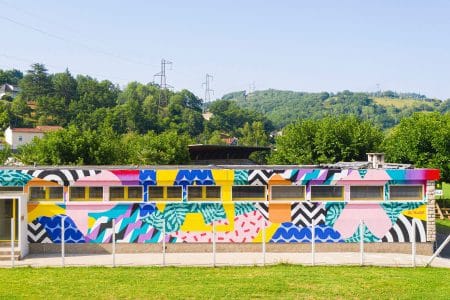