KEF! comes from a small German western town close to Aachen. The intricate style of KEF!’s work can be described as abstract graffiti. He is convinced to reproduce the material world as an artist is blocking the evolution of art. Thus he avoids to paint figurative. KEF! then invented his own unique way of expressing his feelings through lines and colours. He is often saying that he is simply obsessed with painting lines. The result of his obsession are tripping but yet harmonius pieces of work.
As an artist he works instinctively taking inspiration from Buddhist teachings and nature. Nature contains for KEF! the utmost beauty on this planet. Seing the world in a chaotic state he believes that the only positive energy he can bring is his harmonius work which speaks a universal language. 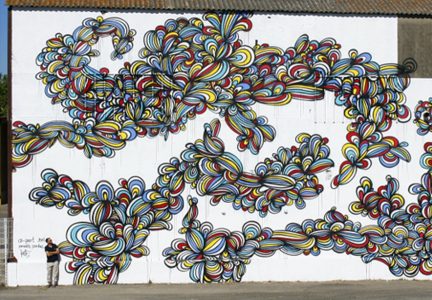 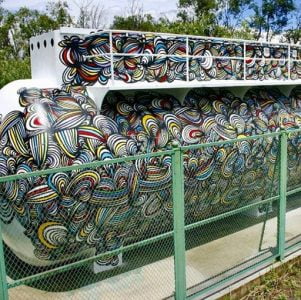 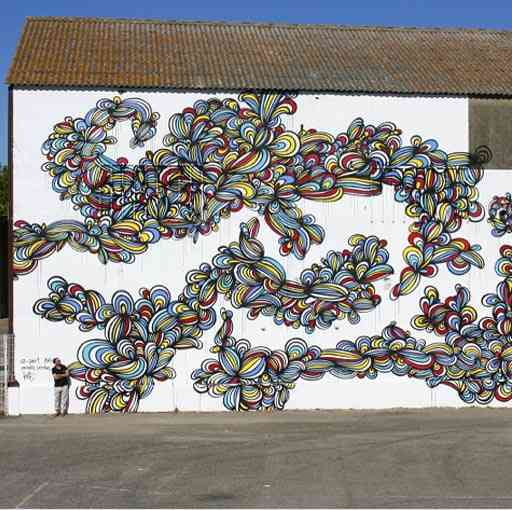 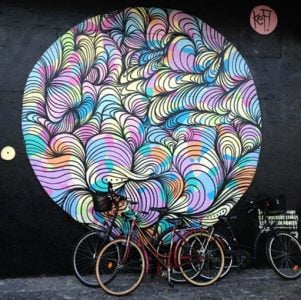 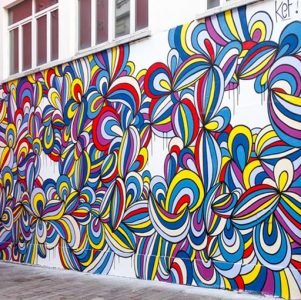 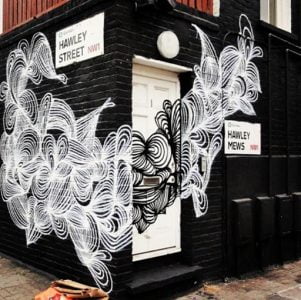 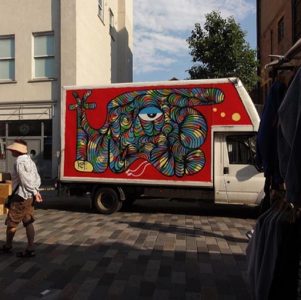 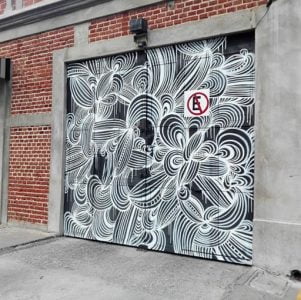 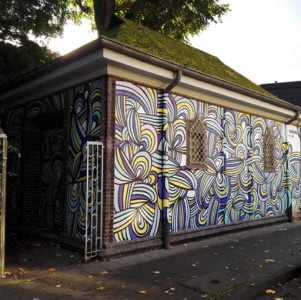 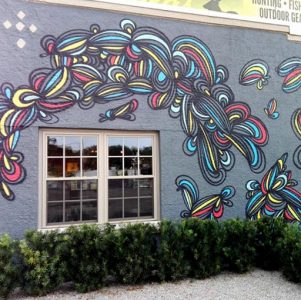